Tonight in Ketchikan – at the Ketchikan public library 6pm to 7:30pm :

Are you a mom? Planning to be a mom? If so, this film is an absolute must see.The Milky Way is a sensitive, informative and sometimes challenging treatment of the very personal matter of breastfeeding. Women in the United States are set up to fail and the US rates reflect it. Two accomplished lactation consultants, Jennifer Davidson and Chantal Molnar, are fired up to change the cultural and political road blocks placed in front of woman wishing to breastfeed. They are ready to fight the fight to make things right. 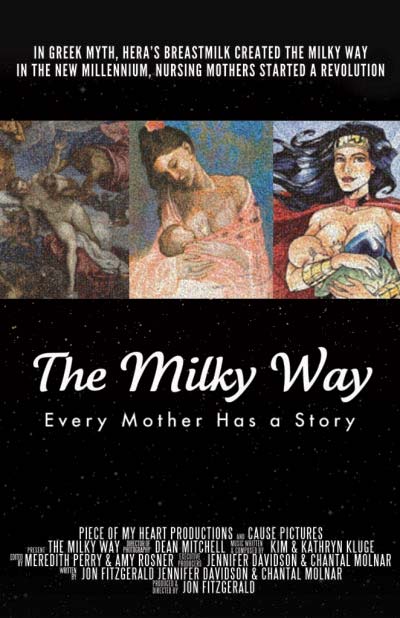 This is a documentary exposé about breastfeeding in the United States.  We show how women can reclaim their birthright and restore the nursing mother archetype. More than a breastfeeding promotion film, this is a film by, for, and about women. It is about the knowledge that inherently resides in every woman, how to access that knowledge and how to trust what we already know. It is a film that inspires women to say, “I can do that!” “I want to do that!”

[jwplayer mediaid=”644″]
In the most successful ad campaign in history, formula companies convinced mothers to trade in their breasts for bottles, and the baby bottle swiftly became the most recognizable symbol of infancy. The phenomenon of the nursing mother has all but disappeared from our cultural landscape as the sexual breast supplanted the mothering breast. The simple act of nursing a baby engenders a plethora of reactions from society, especially when done in public.

Conflicting advice abounds, leaving new moms bewildered and wondering if they are doing it “right,” and often wanting to opt out entirely. Countering nearly a century of medical procedures that separated babies from their mothers and medical advice that informed women that their milk was not good enough, The Milky Way captures how mothers can access their inner knowledge and trust their own body’s wisdom, and why they should. Women’s stories, leading lactation professionals, archival footage, religious iconography, and formula advertisements, tell the story of how mothers relinquished authority to medical professionals, and succumbed to cultural pressure to forfeit their nourishing breasts in favor of a highly sexualized model.