Nutritionists weigh in on the why’s and why not’s of cooking, including yours truly! Read on to find out the best way to defrost meat.  An Article from www.ClassPass.com 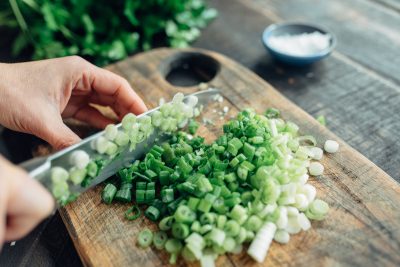 Whether you’re galavanting around the produce section or impatiently waiting for your water to boil, it’s likely you’ve come up with your fair share of food-related questions—the why’s and why not’s. And Google might be your worst nightmare in this situation.

But there’s a reason for everything, including why our bodies react to certain foods, either positively or negatively, and why some health trends are loved (or hated) by health experts. The catch? There’s a science to cooking. Seriously.

Here, four registered dietitians break down our toughest cooking questions and give us the answers we’ve been on the hunt for.

Are raw or cooked vegetables better for you?

Let’s get this out of the way: Vegetables of all shapes and forms are healthy for you and should be consumed as much as possible. But there are some vegetables that fare better in certain conditions. “For example, the lycopene in tomatoes, which helps protect against prostate cancer, is better absorbed when cooked. At the same time, if you over-boil broccoli, many of the nutrients leach out,” says Andy De Santis, RD MPH, a Toronto-based registered dietitian and nutrition blogger. If you’re not positive which is the best way to consume your greens, De Santis suggests eating them raw or lightly cooked. But hey, if you’re a fan of roasted veggies, it’s better for you to enjoy those than a handful of chips. To each their own!

How common is salmonella poisoning and how can you prevent it?

With the threat of food-borne illnesses, it’s understandable why so many people are scared to cook meat. Salmonella is probably the most talked about illness, but there’s still so much unknown about this sticky (and sickly) subject. Often linked to chicken, salmonella can always be carried in the bacteria of produce and raw animal-based foods such as seafood, dairy products, eggs and meat. The Salmonella bacteria can cause an infection known as salmonellosis. The Centers for Disease Control and Prevention estimates that salmonellosis causes 1.4 million cases the illness and 400 deaths annually in the United States , making it the most commonly reported food-borne illness. Jackie Newgent, RDN, a culinary nutritionist and author of The All-Natural Diabetes Cookbook, recommends that you prevent salmonella poisoning by “washing your hands often, storing and preparing foods safely and cooking foods to a safe minimum internal temperature.”

Which cooking oil is the healthiest?

Avocado, olive, coconut—the cooking oil options are endless these days. To avoid confusion the next time you’re hitting up the grocery store, stick to unrefined coconut oil or unrefined avocado oil. According to Dietitian Cassie, best-selling author and founder of Healthy Simple Life, these oils are the healthiest options, and by having both on hand, you can cover all of your oil needs. “Avocado oil has a higher smoke point and will not become damaged as easily, so for higher heat cooking and frying, it’s the best bet. For cooking at lower temperatures, coconut oil is a good go-to,” says Cassie.

Why do you cry when you cut onions?

Onions are a vegetable many people love to hate. This flavorful veggie is delicious but deadly (well, kind of). It might be cathartic to shed a few tears while preparing your dinner but as we’ve all learned, it can also be downright annoying. And Newgent says science is to blame. “There’s a tiny enzyme-containing cavity in every onion cell and it breaks open and releases the contents when you cut into an onion. This leads to a chemical reaction and natural formation of syn-Propanethial-S-oxide which irritates the lacrimal glands in your eyes, potentially making you cry,” says Newgent. Whoa. So how can we avoid it? She suggests chilling onions for 30 minutes before preparation and keeping the root end when chopping it.

What’s so dangerous about the preservatives in frozen meals?

If we’re being honest, some days cooking dinner is a pain. What’s even worse? Not having a prepared meal on hand. If you’ve ever considered waltzing into the freezer section at the grocery store to pick up a ready-to-go lasagna, then you might want to think again. “There are a ton of red flags on TV dinner ingredient lists, including MSG, hydrogenated oils and fake dyes,” says Cassie. And let’s not even get started about sodium. De Santis cites sodium as the most dangerous threat in frozen meals. “Excess sodium in the diet over time can contribute to an increased risk in high blood pressure, heart disease, stroke and kidney disease,” explains De Santis. It’s safe to say that you should stick to fresh over frozen any day!

How long should you keep prepared food in the refrigerator—until it goes bad?

Whether you’re a coupon clipper, meal prepper or overly ambitious shopper, sometimes food builds up in your refrigerator. And good food should never go to waste—unless it’s expired. So when is the cut-off date? “Raw meat, poultry and seafood can be kept for one or two days, while roasts, steaks and chops are good for three to five days. Cooked meat, on the other eat, can be stored for three to four days,” says Cassie. Meat is top concern because most produce visibly shows signs of expiration. What about leftovers? Cassie recommends that they are consumed within three to four days.

Savvy shoppers know the key to keeping your meat fresh is to stick it in the freezer and pull it out on an as-needed basis. The process of defrosting meat depends on the size and cut because not all meat is created equal. “The recommendation is to move the meat from the freezer to the refrigerator two to three days prior to cooking. Place in a bowl or deep pan to catch liquid as it thaws,” says Janai Marie Meyer, RDN, IBCLC. But sometimes time is of the essence. If you’re pinched for time, Meyer warns that you should never microwave meat but “instead, soak the wrapped meat in hot water in a clean sink and change the water every 15 minutes until thawed.”

What are the benefits of buying organic? Does it really matter?

Now it’s time to tackle the great organic debate. While most nutritionists say that buying organic is a personal decision, Cassie had some research to back up why going organic is a good idea. “Buying organic greatly decreases your exposure to toxins and dangerous chemical residues,” she says. While there isn’t a lot of research to suggest that non-organic foods are harmful, Cassie thinks the best part about buying organic has nothing to do with your health but rather the Earth’s. “Buying organic supports the diversification of our food system, maintenance of water and social quality and is more sustainable in practice, ensuring future generations have healthy and nutritious foods to eat,” says Cassie. We leave you with that. Now the decision is up to you!